Author Interview - The Real War Is Here with Jeff Landay

In this episode I talk to New Author and Retired Marine Jeff Landay Who Shares His Inspiring Story of His Personal, Successful Battle with the D.O.D. after Returning Severely Injured from Overseas. 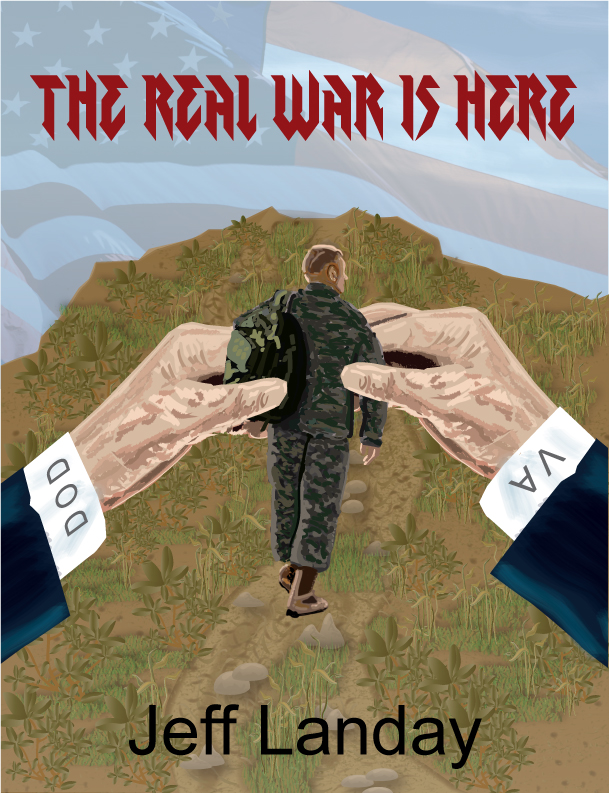 Author Jeff Landay was born on the cusp of California and Oregon in a small town not many have heard of unless they have lived there before. He eventually moved from Crescent city to near Sacramento California. The unfortunate events that occurred on 9/11, drilled in the idea that he was going to enlist into the U.S.M.C. after graduating from high school. After by his platoon was hit with large bomb, Jeff Landay ended up in a coma for 32 days and could no longer speak as well as lost 1/3 of his skull. Most importantly, after a long recovery author Jeff Landay personally to take on the D.O.D. who was only going to give him minimal benefits for his service, so he personally went to the Pentagon to argue his case. Weeks later Jeff Landay received a phone call from the Secretary of State graded him at an 83% to make sure he could try to work again. Jeff Landay not only regained his speech after multiple surgeries and speech therapy, but he also then went on to pursue a degree in social behavior, and become a licensed personal trainer, after multiple physical and mental limitations. Jeff Landay is a national speaker, has been featured on ABC World News as well as many California television stations. For more information, to book a speaking engagement or to purchase The Real War Is Here, please visit: https://mcompublishing.com/our-books/