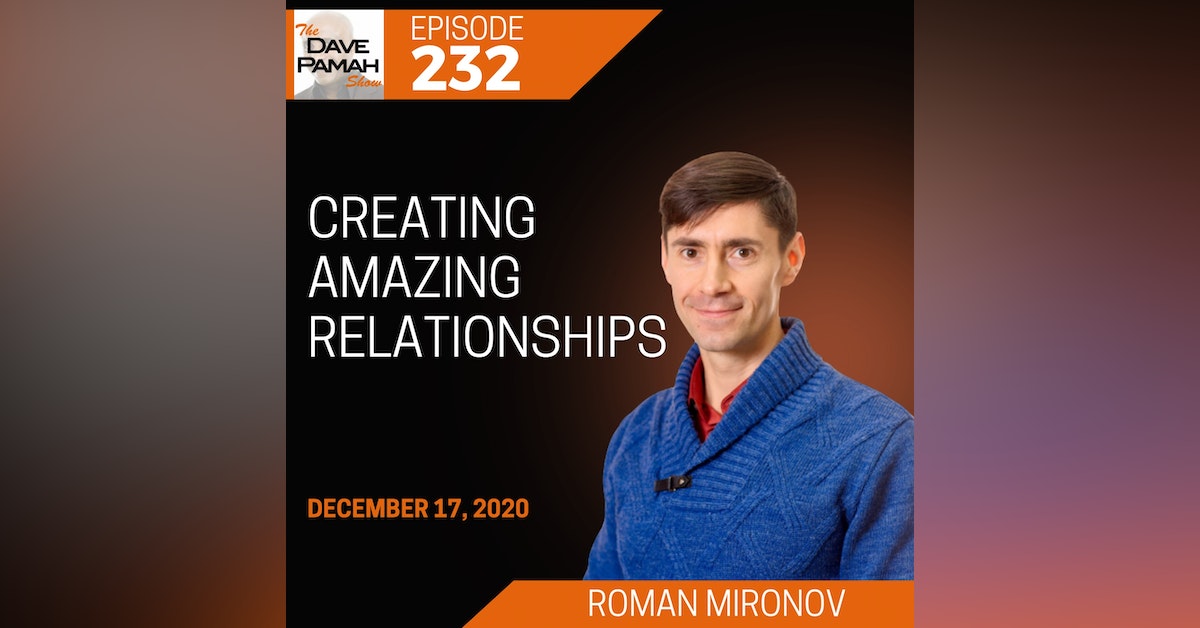 Roman Mironov is a coach trained by a Tony Robbins' program, helping people create amazing relationships and a happy lifestyle. He was married for 7 years and divorced in 2014. That was a painful experience because he expected to be married to this woman his entire life. But it was a lesson that he needed badly. He realized how many mistakes he had made. He couldn't stop being busy and didn't have any time to work on his relationship with his ex-wife. He was too demanding. He demanded that his wife was busy all the time as well. He can compare himself before divorce to Michael Jordan who often went into competitive mode demanding so much from people around him. He treated her as if she were a man. He was arrogant. He thought He knew it all. He wasn't accepting. He would get so mad at her blunders at work that he had to go outside for an hour to cool off. His go-to mode of "resolving" conflict was the silent treatment. Which never works of course. Another lesson: everyone needs a coach or a mentor for feedback. He's made so many mistakes. After the divorce, he started working on his dating and relationship skills because he wanted to create a new family. He got a lot of knowledge and experience in that area. Combined with his passion for self-improvement, this created a perfect situation for becoming a coach. And when he moved from Russia to Canada, this pushed him to finally make the career shift and become a coach. So he used his pain after the divorce as an inspiration for spiritual and professional growth.