In this episode I talk to former Walking Dead and Big Short Actor Vanessa Cloke who is starting a national campaign to reform psychological abuse laws in the US and help others. 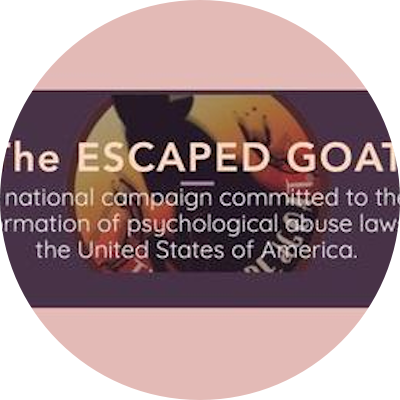 The United States claims the importance of mental health and touts the trending metalhealthawarenss hashtag, but it has yet to criminalize psychological abuse. In fact, legislation does very little to prevent the destruction of mental health; while perpetuating a culture of envy, self-loathing, and unrealistic “standards,” social media liberty runs rampant with bullying, doxxing, and defamation.
Celebrities even face challenges as having a career in the public eye allows even more unfair scrutiny. Society, and the Press, are given free passes at degrading the human and destroying the reputation of anyone who chose the craft of acting as a career, as if this was an agreement with general media to have their entire lives on camera. A perfect example would be the recent case Depp vs. Heard in which Heard, who had a history of violence, continuously lied in various publications and in a court of law to not only create a phony narrative of Johnny Depp, but also make a blatant and public attempt to ruin his career.
Actor Vanessa Cloke (The Walking Dead, The Big Short), faced a similar public situation when a woman sold a humiliating arrest video to TMZ after setting a stage for reactive abuse, falsely accusing Vanessa of assault, then having her arrested. Not only did Vanessa explain the gravity of distress she had experienced to TMZ, she vulnerably admitted that she was suicidal and pleaded that they did not release the footage. TMZ’s “journalist” released the video on Christmas Eve 2019.
Two and a half years later, Vanessa has not worked; her arrest video can be found by anyone. Her background now yields charges, despite the court-initiated divergence. All of this has resulted in the very public loss of Vanessa Cloke’s acting career, many friends, and her health. Vanessa Cloke believes psychological abuse should be punishable by law as it is in the UK.
Instead of bowing out of the spotlight, Vanessa Cloke has not only filed a defamation and emotional distress lawsuit against her false accuser, but has also launched The Escaped Goat, an organization with a mission to reform psychological abuse laws and educate law enforcement on the tactics of psychological abusers.
Please let me know your thoughts on a story. More information about Vanessa Cloke and The Escaped Goat is below.
Best, Michele Smith
micheles@mcommunicatioinsinc.com
917.340.1127

Los Angeles, California July 20, 2022- Psychological abuse statistics, which include narcissistic abuse, are without question, staggering. For example, 48.4% of women and 48.8% of men experience at least one psychologically aggressive behavior by an intimate partner, and 4 in 10 women and 4 in 10 men have experienced at least one form of coercive control by an intimate partner in their lifetime. In addition, educated women who earn 65% or more of their households’ income are more likely to be psychologically abused. Many progressive European countries have criminalized psychological and emotional abuse, whereas in the United States, psychological abuse is the only form of abuse which is not fully criminalized. As, a result, actor turned advocate, Vanessa Dimitropoulos (Cloke), launched an innovative platform called The Escaped Goat, to not only share her shocking story in an effort to heal and help others, but to initiate very much needed legislative change in the United States.

“The United States has addressed physical and sexual violence in terms of legislation, but we are far behind in the area of psychological abuse. We need to join the progress of countries such as the UK and France in criminalizing psychological abuse,” said Vanessa Dimitropoulos, Survivor and Founder, The Escaped Goat. “Not all violence leaves a visible mark. Psychological abuse is mental rape.”
“As an intelligent, insightful, and historically successful woman, and as someone who informally studied psychology and the human condition for two decades, I felt stupid for not seeing this abuse coming,” said Vanessa Dimitropoulos, Survivor and Founder, The Escaped Goat. "It wasn’t until I read my own story in hundreds of posts written by other victims that I realized how proliferate this covert abuse is amongst society.”
While there are many great platforms which provide information and healing support for psychological and narcissistic abuse victims, The Escaped Goat’s driving objective is to Take Action, and waves the motto “GTFO, Heal, Take Action.” The Escaped Goat provides several proactive opportunities such as options to anonymously share personal stories or volunteer expert and professional services. The website also offers a plethora of resources and information, along with social media support. Vanessa Dimitropoulos’ (Cloke) goals are to create a widely received Call to Action through The Escaped Goat, initiate new legislation to combat this very serious problem in our country, put an end to the soaring rates of suicide and the mental deterioration caused by these abusive acts, and ultimately end the trauma/abuse cycle carried on from generation to generation.
“I can say with certainty that, what happened to me, and what was only understood by those who had experienced identical, maliciously-fueled circumstances, was not in vain. Many psychological abuse victims commit suicide, as I almost did on the night of the incident which I refer to as “The Ambush,” said Vanessa Dimitropoulos, Survivor and Founder, The Escaped Goat. Instead, I listened to a Higher calling; I was not dragged through hell on earth to die, but to rise like the Phoenix, except as an eSCAPEd GOAT, and I’ll climb this mountain until it peaks at psychological abuse law reformation.”
About The Escaped Goat
The mission of The Escaped Goat is to reform psychological abuse laws, educate Law Enforcement, and end the trauma/abuse cycle, with the following objectives:
• Join progressive European countries in reforming laws to criminalize psychological abuse. In the U.S., psychological abuse is the only form of abuse which is not fully criminalized
• Embolden the legal system to create policies which acknowledge and reflect that mental and emotional trauma cause damage and injury the physical brain and lead to physical symptoms such as disease, disorders, and suicide
• Create a Call to Action through a national campaign
• Encourage psychological abuse victims to vocalize and report abuse to authorities and the courts
• Educate law enforcement in the area of psychological abuse
• End arrests of actual victims who have been smeared, provoked, and wrongfully accused by psychological abusers
• Hold Social Media platforms accountable for their contribution to the deterioration of mental health and the soaring rates of suicide by demanding regulation and accountability
For more information, to get involved, donate, or share your story, please visit: https://www.theescapedgoat.com/.