Overcoming failures and adversity to accomplish goals with Carlos Bergante 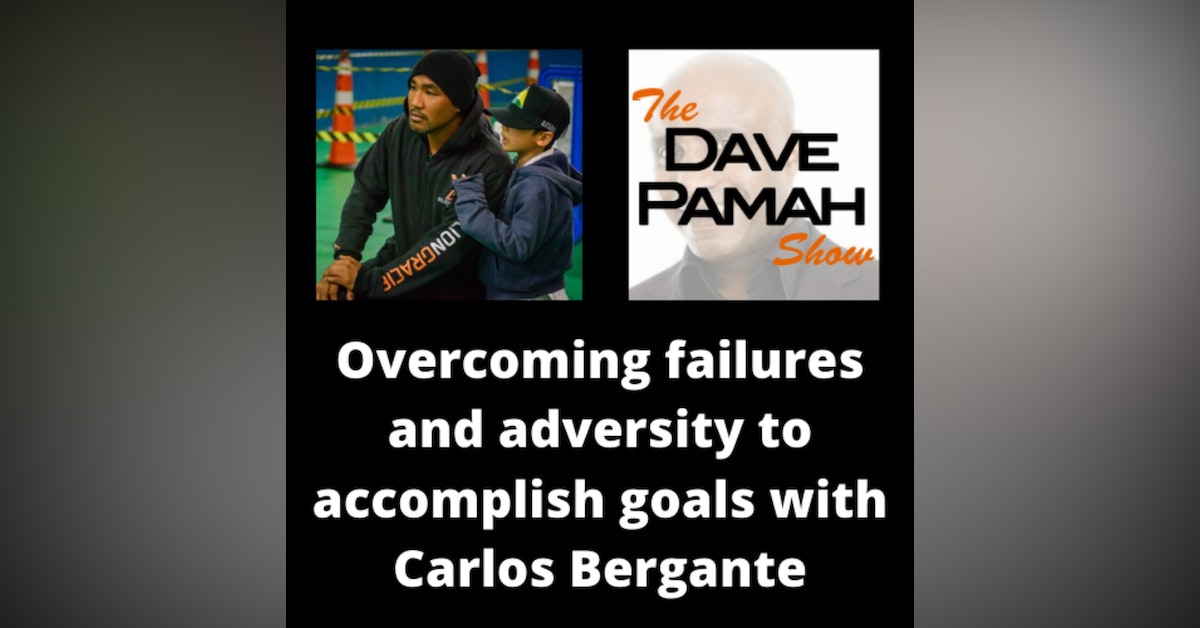 Carlos grew up in an abusive home, his father was a drug addict and alcoholic, was very abusive to his mother, siblings and I both mentally and physically. His parents split up and his mom raised 3 kids on her own with no support from his father. They when through a lot of hard times. He starts down the same path as his father. Started using drugs and alcohol at a young age, was very violent, negative was a thief and a lair. After several stints in and out of jail between the ages of 17 to 26 he got tired of the life he was living, tried of seeing his mother cry, wanted to be a good influence for his younger siblings, when through an intense prison therapy program, got his general education degree (GED) in prison. Made it his life mission not be like his father to be the best son, brother, father, friend, husband to be the best version of his self in this life time. Got out of jail, got a college degree and worked as a system engineer. Fell in love with an exchange student from the Philippines, but she was unable to come back to the USA after 911 attacks, So he solid everything he had in the USA, house, car, left his job friends and family, followed his heart and went to the Philippines to marry her. In the Philippines he invested all of his life savings in opening a call call center, found out his wife was cheating on him, they separated and his business failed all at the same time. He was at another low point in my life he had $500 to his name, no source of income and wanted to kill himself, but through personal development and hard work he over came a lot of adversities. Was able to get the job of his dreams that lets him work 100% from anywhere there is an internet connection. Simplified his life, traveled and lived in different parts of Asia, Central and South America training Jiu Jitsu, his only possessions were his backpack and laptop this was his life for several years. Full-filled a life dream of going to Brasil, training Brazilian Jiujitsu and getting his Blackbelt in Brazil. Fell in love with a local girl in Brazil, they live in paradise on a small Island off the Southern coast of Brasil called Florianopolis. He has the family of his dreams, 3 beautiful kids and a beautiful wife, have the dream job that allows him to work 100% remotely from anywhere in the World, He is also an inspiring entrepreneur host of @mentaljitz podcast where he goes into the minds of high level Jiu Jitsu athletes and he is also the coach for the kids Jiu Jitsu team and an active competitor in the Brazilian Jiu Jitsu circuit.

If you love this show, please leave us a review. Go to RateThisPodcast.com/rate and follow the simple instructions