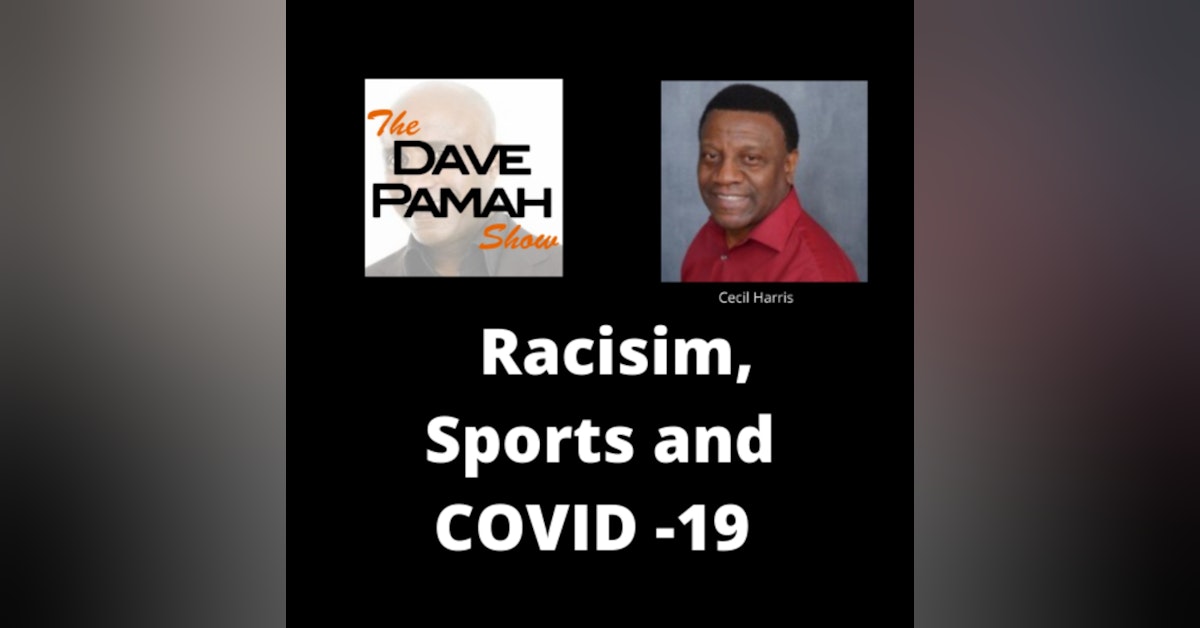 What a life-changing 3 months we have had !Coronavirus, lockdown, racism, protesting, and all sorts of social, political and economic turbulence. Big anti-racism rallies have taken place around the world and major sports events are about to restart on the emergence of the 'new normal'. With me again in this episode to dicuss all this is sports jounalist and author Cecil Harris.

Cecil is the author of four books that reside at the intersection of sports and sociology. His new book, Different Strokes: Serena, Venus, and the unfinished black tennis revolution was published in 2020 by the University of Nebraska Press. In it, he relates that the days of tennis as a country club sport for the aristocracy have long passed, as have the pre–Open era days when black players faced long odds just to be invited to the four Grand Slam events. He wants young athletes to know that though tennis is expensive, there’s a path for families to follow that can lead to success: Serena and Venus were home-schooled, largely shunned by junior tennis and have always had other interests. His previous books are: - Breaking the Ice: The Black Experience in Professional Hockey (Insomniac Press, Toronto, 2004) - Call the Yankees My Daddy (Lyons Press, Connecticut, 2005) - Charging the Net: A History of Blacks in Tennis from Althea Gibson and Arthur Ashe to the Williams Sisters (Ivan Dee, Chicago, 2007). He also contributed a chapter to the anthology, African Americans and Popular Culture (Praeger, Connecticut, 2008). He has been a sports writer for The New York Times, the New York Daily News, Newsday, the New York Post, The (Raleigh) News & Observer, The Indianapolis Star, The Sporting News, The Hockey News, the Associated Press, and USA Today. As a journalist he's covered major events like the Summer Olympics in Atlanta; the World Series, the NBA finals, the NFL playoffs, the New York City Marathon, the Stanley Cup playoffs, and the U.S. Open and WTA Championships. He appeared as an authority in the 2019 CBS Sports documentary, Althea & Arthur, about tennis Hall of Famers Althea Gibson and Arthur Ashe, the 2018 hockey documentary, Soul on Ice, and the 2011 documentary, A Perfect Match, about Gibson and her Wimbledon-champion doubles partner Angela Buxton. He was born in Brooklyn, New York, and live in Yonkers, New York and graduated summa cum laude from Fordham University. Website: https://muckrack.com/cecil-harris-1