The Point After: How One Resilient Kicker Learned There Was More to Life Than the NFL with Sean Conley 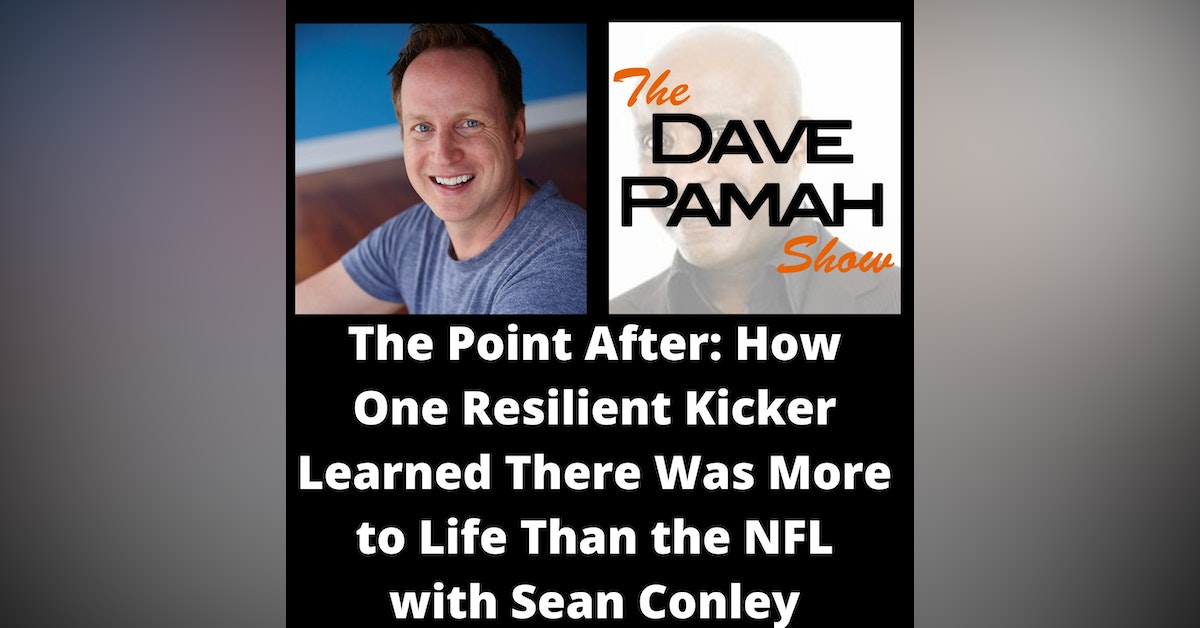 A native of Erie, Pennsylvania, Sean Conley fell in love with kicking at age eight. After playing college football at the University of Pittsburgh, he began a dramatic, abbreviated NFL career, playing for the Detroit Lions, Indianapolis Colts, New York Jets, and finally for the Scottish Claymores in Europe. That journey came with a price. As a result of overtraining, Sean suffered career-ending injuries. As part of his rehabilitation and regrouping, Sean became a dedicated yoga practitioner at the suggestion of his wife, Karen, a yoga instructor. He eventually embraced the mindfulness, meditation, and philosophy of yoga as a new life direction, and became a yoga teacher himself. He and his wife now own Amazing Yoga in Pittsburgh, Pennsylvania, with three locations. Sean is the author of the Amazon Best Seller Amazing Yoga (Autumn House Press, 2010)and lives in Pittsburgh with Karen and their four children. He’s the author of The Point After: How One Resilient Kicker Learned there was More to Life than the NFL. Sean has written for numerous publications including The Daily Cup of Yoga, The Change Blog, DoYouYoga, and Elephant Journal. He recently gave a Ted Talk about pursing dreams, resilience, reinvention, and gratitude. Sean has been teaching for over 18 years. He leads yoga trainings and retreats all over the world. He has shared his love of yoga with lawyers, Hollywood actors, doctors, and people from all walks of life. He has worked with professional sports teams including the Pittsburgh Steelers, Penguins, and The University of Pittsburgh basketball team. Website: http://www.seanconley.net